H&K Plymouth office is taking our ISO14001 Environmental Management System to new heights. Plymouth’s five storey office block is doing its bit for the environment by going "zero to landfill".  Studio 5-11 in Millbay Road now sends all its waste to be recycled, rather than to a dump, and is being cited as an example for other Plymouth buildings to follow. 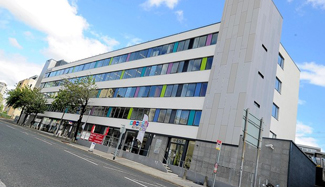 Food waste is taken to the £4m anaerobic digester at Langage Farm, Smithaleigh, where organic waste is turned into renewable biogas for heating, electricity or transport fuel. Meanwhile, all other waste including paper, cardboard, plastic, wrappings and metal are transported to Devon Contract Waste's plant at Marsh Barton in Exeter. This office block is one of only three centers of its kind in the UK where waste will be recycled rather than incinerated.

Electrical equipment can be recycled at the Plymouth social enterprise Collectricals and any redundant furniture can be re-used too by Weston Mill-based Surplus Rescue CIC, which won the Green Business of the Year Award 2014, at this month's Herald Business Awards.

Studio 5-11 was opened in February 2011 after a six-month refurbishment.  ADG designed the makeover and vastly reduced its carbon footprint through a range of energy-efficiency measures and the use of modern insulation materials.  The exterior was re-clad with white thermal rendering to reduce heat loss.  Inside, energy efficiency was improved with thermal, cavity, wall and roof insulation, modern gas condensing boilers and photovoltaic cells were placed on the roof.