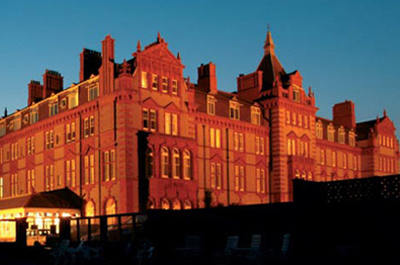 The Headland Hotel is a 19th Century listed hotel in Newquay, Cornwall.  The hotel boasts handsome architecture in a unique location.

Hulley & Kirkwood were appointed by the hotel owner to provide Mechanical and Electrical Design services on the £11.5m scheme, which sees the refurbishment of the lower ground floor to provide a health spa including a renewed swimming pool; sauna; plunge pool; treatment rooms; changing facilities and fitness suite.  The new works consist of the provision of a subterranean car park, conference suite and support facilities including full catering suite.  Above ground, a new leisure pool and changing facilities was provided.

The hotel has been the focus of several BBC dramas and films, including Roald Dahl’s ‘The Witches’.   In 1999 it even attracted David Bailey’s camera lens when it was used for a photo shoot for Italian Vogue.